NASA GSFC in Greenbelt, MD, is home to the nation’s largest organization of scientists, engineers, and technologists that build spacecraft and instruments to study the earth, sun, solar system, and the universe. Scientific missions are carried out from concept, through design, manufacture, test, launch, and operations. To support its science missions, Goddard functions as a full-spectrum, end-to-end research and development laboratory. Goddard’s Integration and Test Complex is one of the most comprehensive and capable spaceflight test facilities within the United States Government. The Environmental Test Engineering and Integration Branch is equipped with the technology and full-service support required to satisfy the test qualification requirements of a spacecraft or instrument. Code 549 designs and builds the test setups, develops and directs test procedures, and operates state-of-the-art facilities to meet the goals of each test. The Branch designs and fabricates Ground Support Equipment (GSE), such as mechanical fixtures, thermal support equipment, and temperature sensors. The GSE is essential for creating the pre-launch, launch, and on-orbit environments required to successfully test and qualify flight hardware. Cleanrooms are provided for hardware assembly.

One of the many missions being supported is the James Webb Space Telescope (JWST). Recently the OTIS (which is the telescope and integrated science instruments joined together) was enclosed in a clean tent, and removed from its cleanroom in order to be placed on top of a large shaker table to simulate launch. The ETIS II Contamination Control Team played a major role in precision cleaning, inspecting the clean tent and providing engineering oversight during the design and fabrication of the tent. Space simulation testing will continue for a few more months before the ETIS II Team accompanies the telescope to the Johnson Space Center (JSC) for more testing. 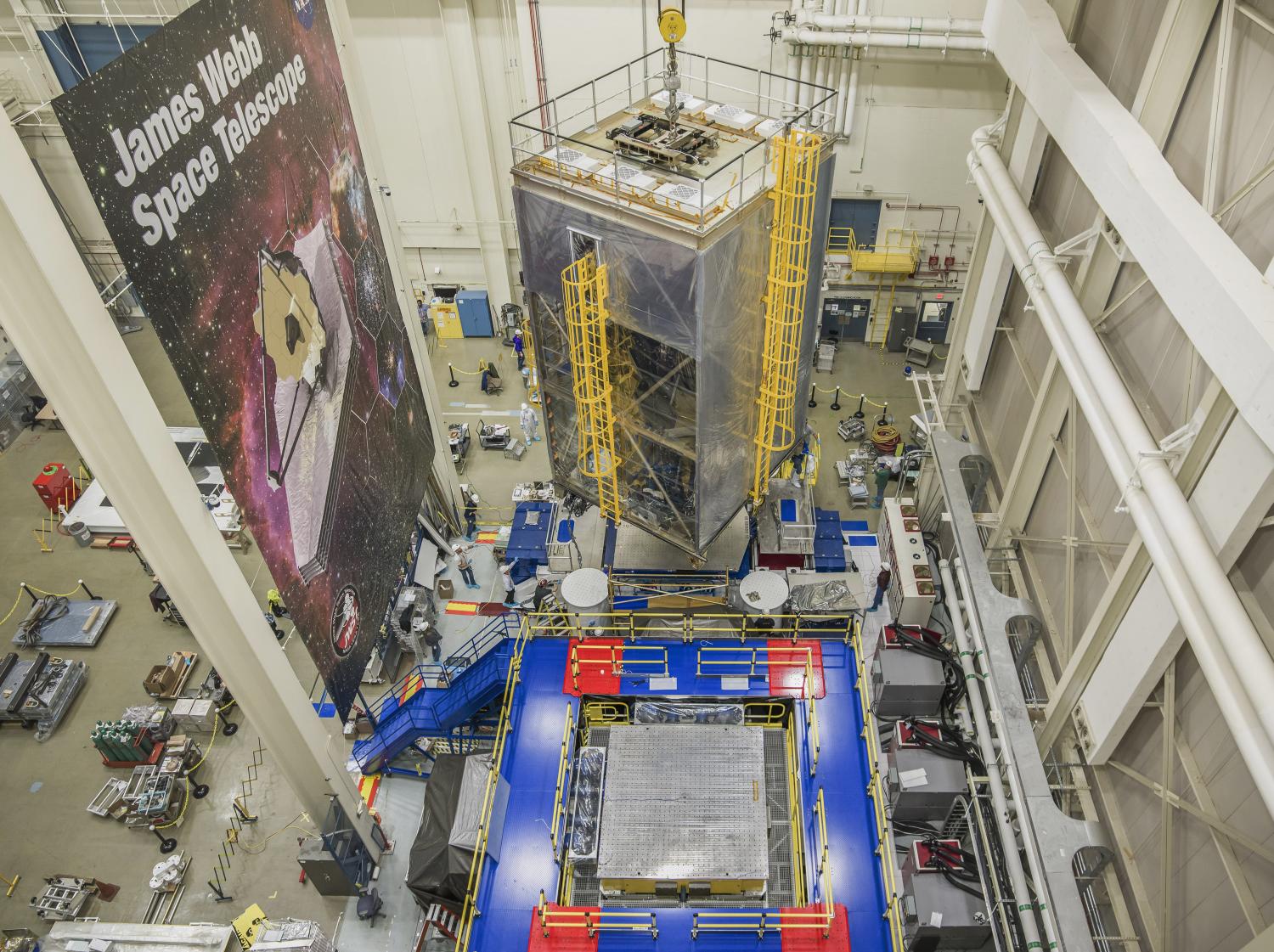 OTIS Being Enclosed In A Clean Tent