FRC 2252 successfully defended their 2016 MVRC win with Alliance Captain FRC 2399 “The Fighting Unicorns” of Hathaway Brown School for Girls in Shaker Heights, OH, and FRC 6291 “FBI – Fostering Better Innovation” of Erie, PA. At the end of morning qualification matches, the Mavericks found themselves in Last Place, but were able to “dust off the cobwebs” and make a competitive showing in the afternoon. The Official 2017 Season ended for the Mavericks in April 2017 at the FRC World Championship in St. Louis, following a record-setting year. Numerous unofficial off-season events (such as MVRC) are held across the world, each year, in order to give teams an opportunity to introduce new team members to the competition; further inspire students to consider careers in Science, Technology, Math and Engineering (STEM); and have fun in a relatively low-pressure environment. The 2018 season will begin with the unveiling of a new game called “Power Up” on January 6, 2018. 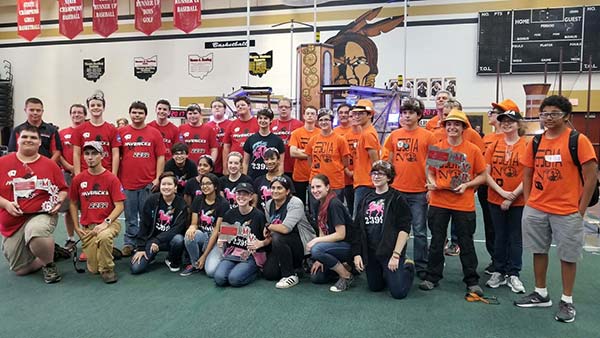