Before installation on the Mobile Launcher, each umbilical must be tested at the LETF. Qualification testing verifies the umbilical performs as designed. To verify performance, the LETF simulates conditions that each umbilical will encounter: from the time it is mated in the Vehicle Assembly Building (VAB); during rollout to the Pad; during severe weather conditions at the Pad; and during lift-off. To simulate these conditions, the LETF uses a Vehicle Motion Simulator (VMS) and rain simulators. The testing usually consists of several phases. Phase One is used to test alignment and the ability to mate and de-mate in extreme coordinates. Phase Two testing is used to perform excursion testing, which simulates horizontal movements. Each umbilical is instrumented with load cells, strain gages, temperature, and many other sensors to record loads and other measurements that are monitored to verify performance. The main purpose of this phase is to verify the loads will not damage the vehicle or the umbilical. Phase Three testing usually involves primary and secondary liftoff testing without cryogenics. Primary liftoff testing uses a primary disconnect devise, such as a Collet Release Mechanism. Secondary liftoff testing involves programming the primary disconnect to fail, and the secondary release mechanism, such as lanyards, will engage and force separation. Again, it is critical to record the loads during this phase. High-speed video is also used during this phase to verify the umbilical is rotating and disconnecting properly. The last phase is a full-up disconnect test. Depending on the type of umbilical, this could include flowing cryogenics (LN2 or LH2) and rain simulation. Once the testing is completed, the data is analyzed, and if NASA determines that the umbilical performed as designed, it will be re-located to the Mobile Launcher for installation. 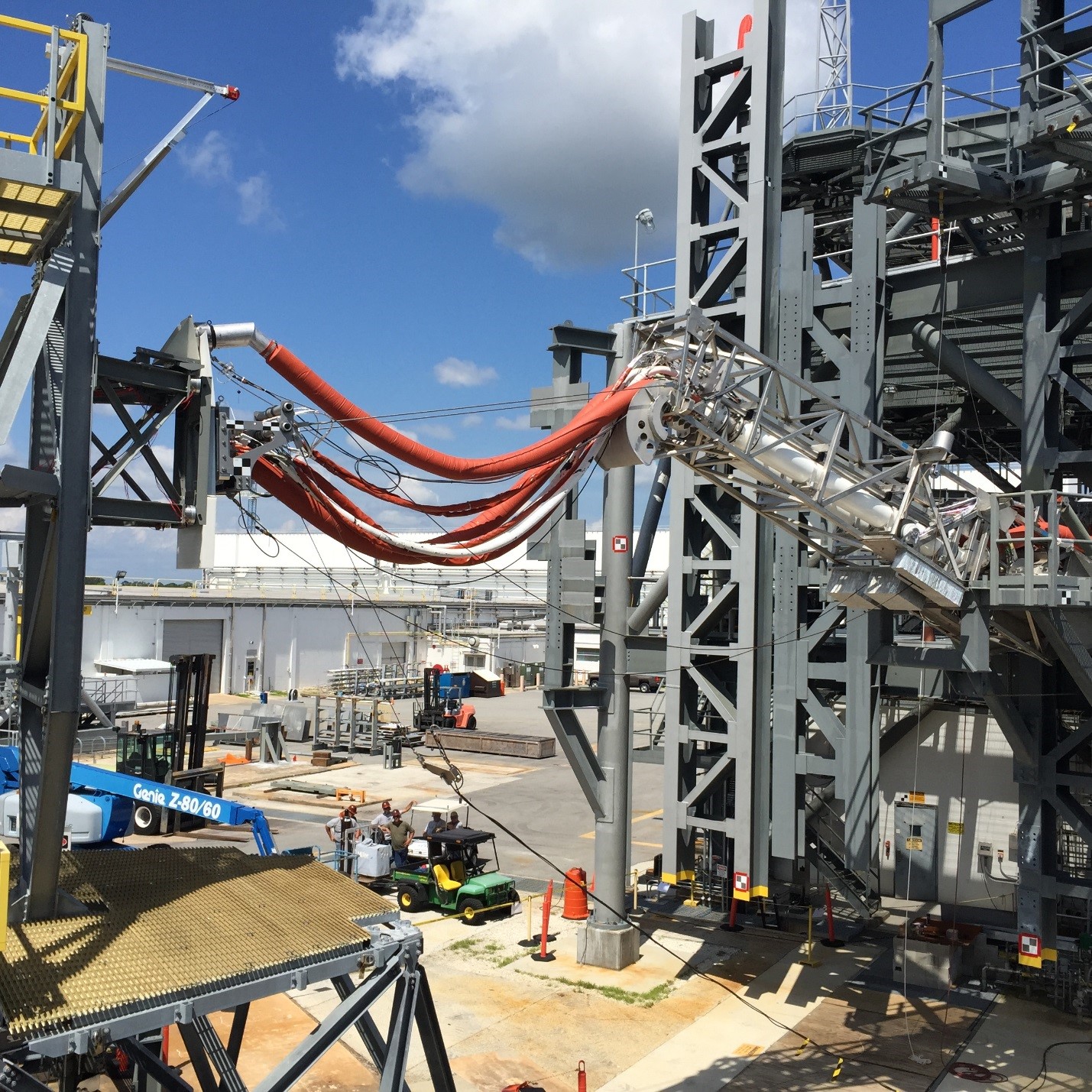 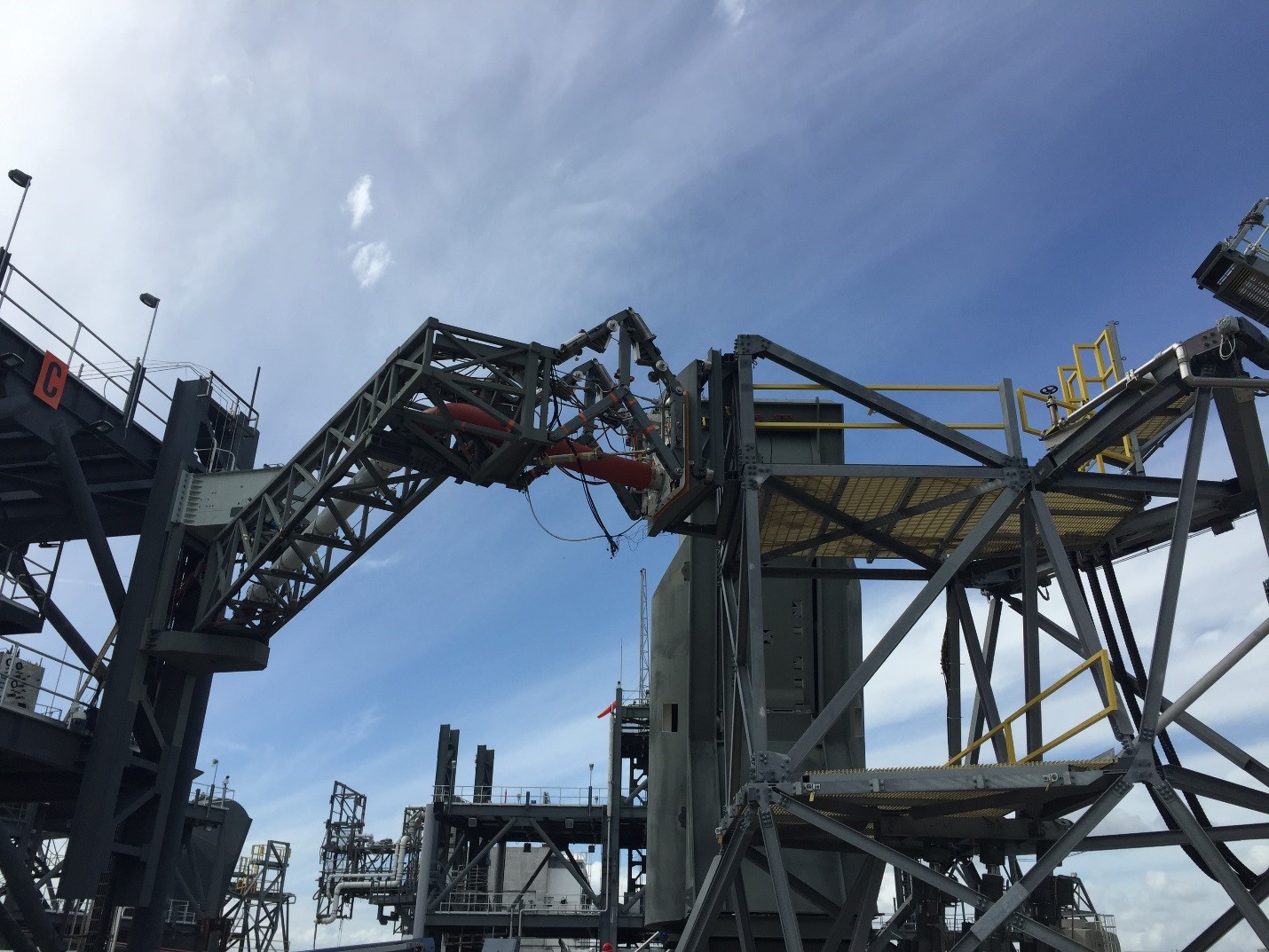