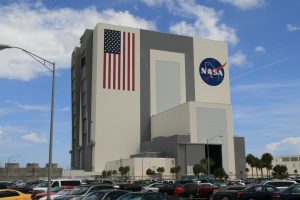 March 1, 2011 marked the beginning of NASA’s Engineering Services Contract (ESC) at the Kennedy Space Center (KSC), Florida. The ESC is an institutional contract providing engineering services to the Kennedy Space Center and the NASA programs and projects carried out within KSC. The ESC is an integrated team consisting of the prime contractor, QinetiQ North America, and thirteen teammates. Sierra Lobo is one of the major teammates on the ESC, with employees distributed over six different organizations.

Since the end of the Shuttle program, ESC and KSC have switched focus to new programs and projects. One such undertaking is the development of capabilities to support the future launches of the NASA Space Launch Systems (SLS). The SLS is a Space Shuttle-derived heavy-lift expendable launch vehicle and is part of NASA’s deep space exploration plans, including a manned mission to Mars.

As the ESC contract winds down with a contract end date of Feb 28, 2018, much of the remaining design work has been moved to the NASA KSC Test Operations and Support Contract (TOSC) held by Jacobs Technology. Many of the Sierra Lobo ESC engineering staff have been transitioned to the TOSC Surge contract with SLI being a subcontractor to Jacobs Technology. The TOSC engineering effort is currently focused upon final design verification and validation activities for the Vehicle Assembly Building, Mobile Launcher Platform, and other ground support equipment that will support the Exploration Mission 1 launch or EM-1, previously known as Space Launch System 1 or SLS-1.

EM-1 is the first planned unmanned flight of the Space Launch System and the second flight of the Orion Multi-Purpose Crew Vehicle. The launch is scheduled for 2019 from Launch Complex 39B at KSC. The Orion spacecraft will spend approximately 3 weeks in space, including 6 days in a retrograde orbit around the Moon. After EM-1, the Exploration Mission 2 or EM-2 is scheduled for 2022 or 2023. The EM-2 mission of the SLS is planned to be a crewed mission of NASA’s Orion spacecraft taking four astronauts on an 8-to-21-day trip around the Moon to deliver the first element of the Deep Space Gateway.