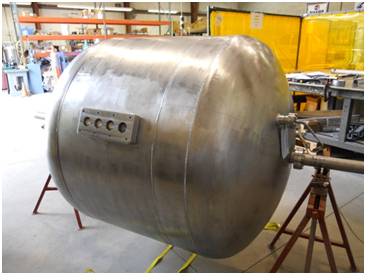 At SLI-TDEC, we are currently developing a Ground Test Article (Project LZBO) for Cryogenic Storage for NASA’s Cryogenic Propellant Storage and Transfer (CPST) Program under NNC05CA95C, IWA-023.  LZBO is focused on the development of extensible flight subsystems, specifically a Liquid Oxygen System that incorporates three main thermal management subsystems that are being tested:

The Broad Area Cooling technique actively removes heat input from the surrounding space environment via circulating fluid, while Multi-Layer Insulation is a passive insulation systems that significantly reduces radiant heat input from space (both systems were developed by SLI-TDEC on this project).  Furthermore, the BAC will be coupled with a spaceflight-rated Creare Space Cryocooler that cools the circulating fluid.  This system will be tested at NASA GRC’s SMiRF in early 2013.

In order to successfully execute this program, SLI was contracted (see Contract Summary Table) to “[provide] engineering services to analyze, design [Figures 1 & 2], fabricate [Figure 3], and support checkout [Figure 4] of a Ground Test Article Liquid Zero Boil-Off System with extensible flight features to support the Cryogenic Propellant Storage and Transfer Program.  Tasks included are to develop an active Broad Area Cooling Shield (BAC) concept that can be coupled to a Creare Flight Cryocooler procured by GRC and passive insulation system which will be used to demonstrate “Zero Boil Off” with surrogate LN2.  Within the BAC, neon is circulated around the tank from the Creare cryocooler to remove heat and a flight thermal strap [Figure 3] is used to thermally short the main tank penetration to the cooling system.  The passive cooling system is comprised of an instrumented 74 layer Multi-Layer Insulation (MLI) blanket to cover the tank and reduce heat leak to a level that the active system can manage.” 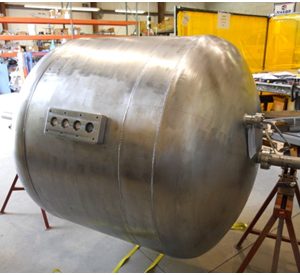 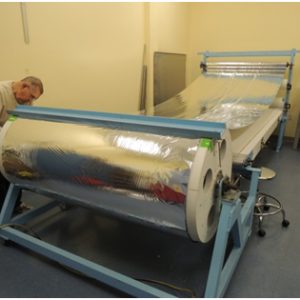 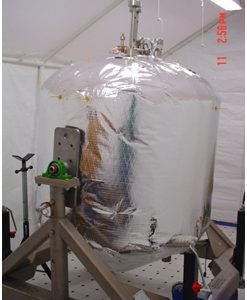