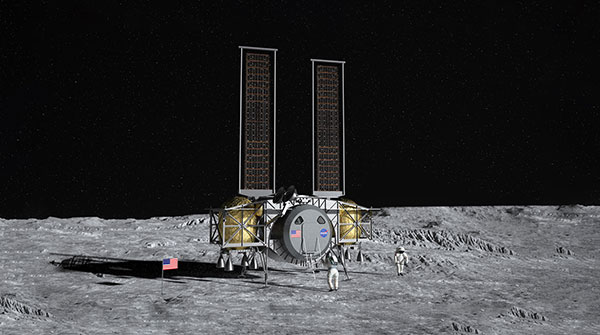 Sierra Lobo, incorporated in the state of Ohio, is proud to announce that we and our prime partner Dynetics, a wholly owned subsidiary of Leidos, have been selected by NASA to compete for the commercial development of the Artemis Human Landing System (HLS). Our team’s concept was one of three selected.

In this program, NASA plans to land Americans—including the first woman—on the Moon by 2024. Sierra Lobo will support this competition by leveraging 25 years of demonstrated expertise in developing the cryogenic propellant systems. These cryogenic propellant systems are like the “gasoline for a car” needed to support the rocket propulsion systems to maneuver the HLS to and from the moon’s surface. The HLS will be launched on top of a heavy launch vehicle and released around the vicinity of the moon. The “gas,” which was fueled on the earth, needs to be stored for a significant time prior to Human Lander Operations.  This is a significant challenge for cryogenics, which will naturally boil away on earth and in transit to the moon, its final destination, leaving a potentially empty gas tank when it’s needed to fire the rockets, if the system is not designed properly. The team, led by Dynetics, Inc. is composed of a broad and diverse set of small and mid-size businesses with industry-recognized space technical expertise, programmatic experience, and Government partners, and is therefore positioned to excel under this aggressive schedule.

Our team’s Human Lander System approach enables near-term reusability and sustainability and provides a robust, commercially supported lander capability, while boasting flight-proven technologies for habitat, power, thermal, and other subsystems. The system’s crew module is designed to accommodate two crew members for nominal missions from lunar orbit to the lunar surface and back, including surface habitation for about a week. Alternatively, it can ferry up to four suited crew members to or from the lunar surface. The Dynetics HLS can be fully integrated and launched on the Space Launch System (SLS) Block 1B vehicle. For commercial launches, it can be flown aboard United Launch Alliance’s Vulcan Centaur rocket.

You can visit the YouTube link below, courtesy of Dynetics, to see our team’s rendition of the Human Lunar Lander: https://www.youtube.com/watch?v=GFBeVQ3STZ0

Above is an artist rendition of the Human Lunar Lander, courtesy of Dynetics 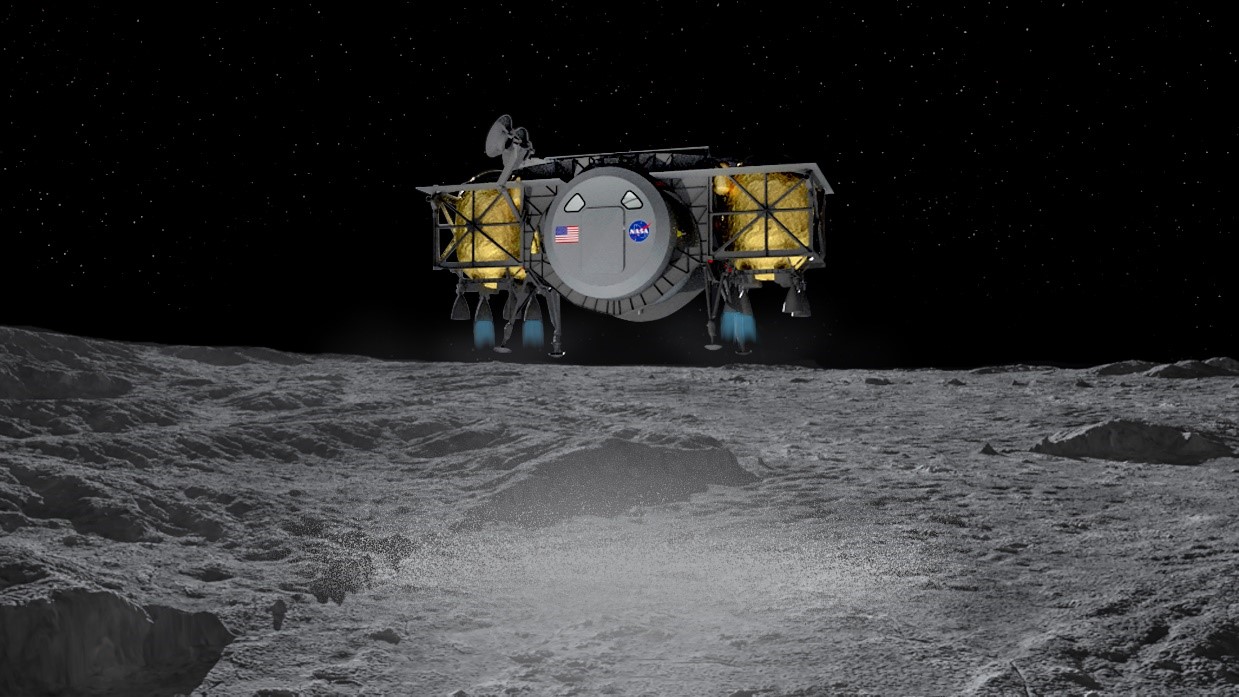 Human Lander on the Surface of the Moon. Courtesy of Dynetics 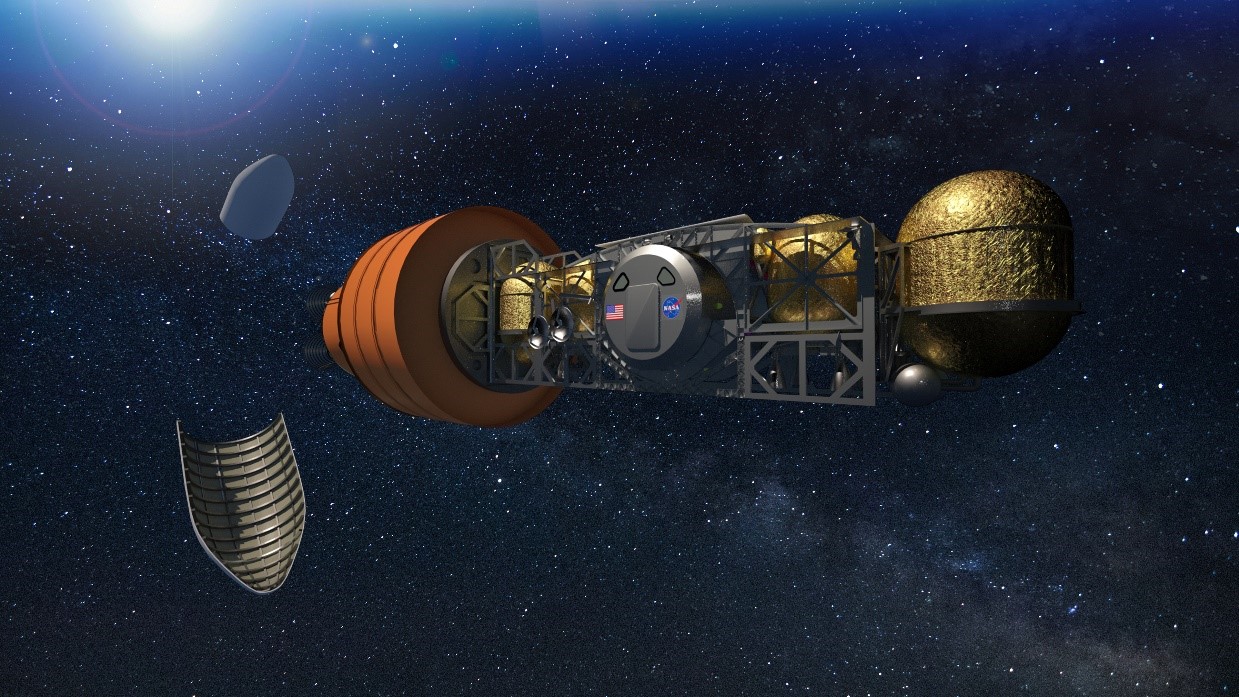